Repipe and Avoid a Plumbing Nightmare
Posted by iqmadmin on April 26, 2017 in blog

Repipe your home. A bit groggy, the young man laid motionless while his mind was becoming alert.  He remained in the comfort of his bed doing some mental preparations for his college class to which he would soon commute.  Making the big decision to arise, he stood up and sauntered to the bathroom, flipping on the light switch.  His tanned feet entered the layer of liquid coldness on the floor and he bolted awake with a shout!

His mind registered that something should be done.  In spite of his hasty search, he couldn’t locate where the shallow flood was coming from. Oh well! He couldn’t deal with this matter now. The conscientious student didn’t want to run late for his class. So, he would contact the manager of the rental when he got back that afternoon.
Many hours later the property manager of the duplex unit would be contacted. The property manager of the units would, in turn, contact Lapin Services. He knew first hand of the expert plumbing department at Lapin Services and their reliability.

The response from the Lapin team was rapid. After arriving, the plumber discovered a slab leak and several other issues that also needed immediate attention. The facilities could no longer be used and the water was shut down for a time. Following, a decision was made because of the combination of issues, including badly corroded copper pipes.
“The reason copper pipe goes bad,” says Jim Cessna, plumbing manager at Lapin Services, “is because of the chemicals and minerals in the water that lead to the breakdown of the copper pipe.” Jim also mentioned that “calcium, lime, and chlorine are things that lead to the corrosion of copper pipe. There’s nearly as much chlorine in municipal water as in a swimming pool. Almost every plumbing problem is due to the poor quality of the water.”

In this case, visible corrosion and the impending plumbing problem, a decision was made to repipe the whole house. That sounds like a nightmare, doesn’t it? The Lapin Services plumbing manager says the components used to repipe is important. “The material we use to repipe a house is PEX pipe.” Jim says, “PEX is more resistant to chemicals than copper and gives longevity. Another benefit for the consumer is that it has a faster installation thereby making it less expensive than copper.”
Don’t endure a nightmare of this nature without a good support team. Call on a team that is reliable, prompt, professional and experienced. Yes, call on Lapin Services.
Call Lapin Services for all of your septic system and plumbing needs!
We Do Jobs Others Can’t!

Use this $200 off any residential repipe! Call to make your appointment at 407-841-8200.
Tags:Orlando plumbers, plumbers in Orlando Florida, plumbing nightmare
Share this article: 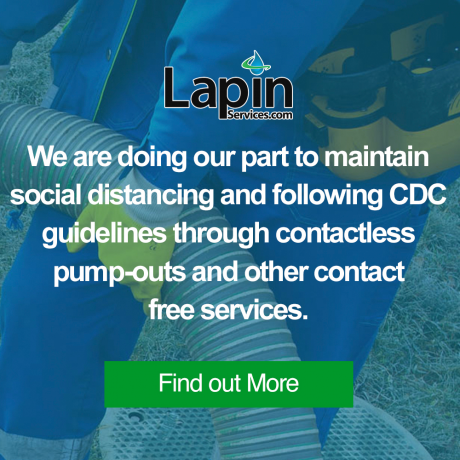